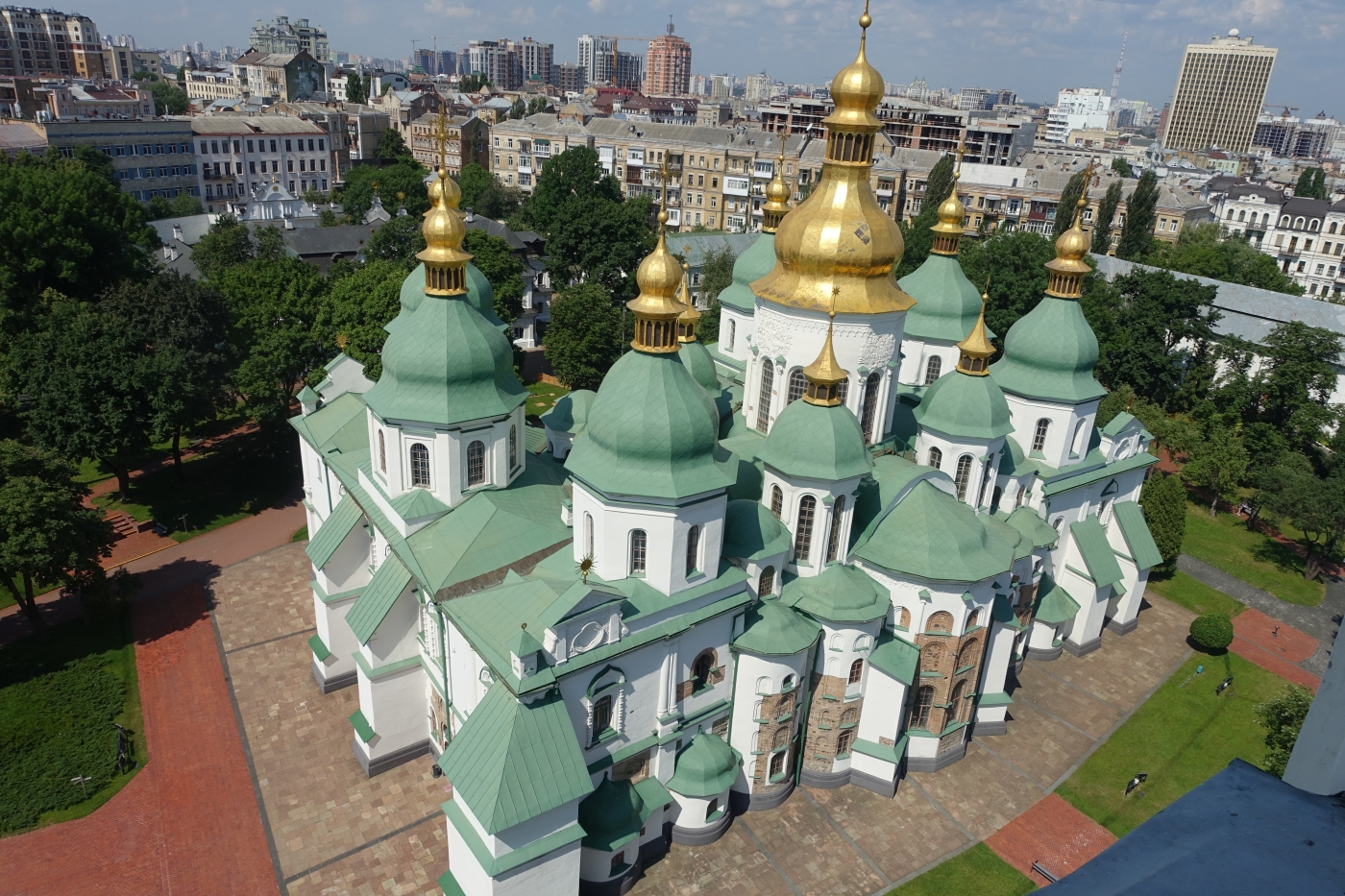 Having only gained independence in 1991, Ukraine is a very young country but with a turbulent history which is still having a significant impact on its border with Russia. Its history and contemporary political situation are discussed below, but our blog begins with some first impressions of the main cities we visited during our short tour of the country during an unseasonably warm June. Having flown to Odessa, we travelled by train to Kiev, Lviv, Ivano-Frankivst and finally Chernivitsi before crossing over into Romania. 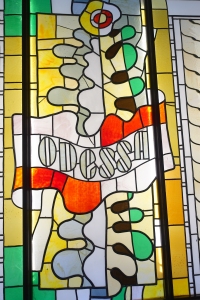 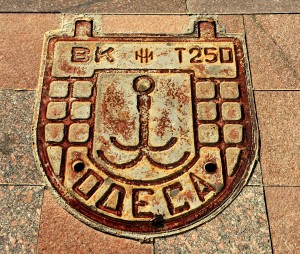 Odessa serves as both Ukraine’s main seaside resort  (the Crimea having recently been annexed by Russia) and port. Perhaps its best known site is the Odessa Steps which lead down from the city to the port. The sequence in Sergei Eisenstein’s Battleship Potemkin, the ground breaking silent film from 1925, has become one of the most famous film scenes of all time due to its revolutionary montage editing technique. https://www.youtube.com/watch?v=VMWMq4AEyjU 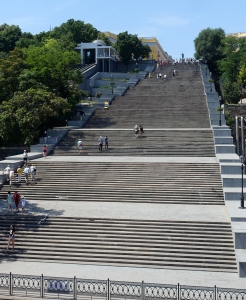 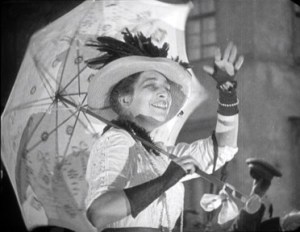 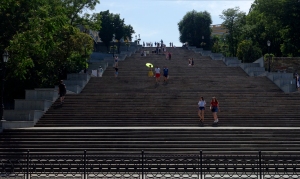 Odessa seems a very vibrant and cosmopolitan city, especially by night with crowds of people enjoying a very varied mix of cultural offerings 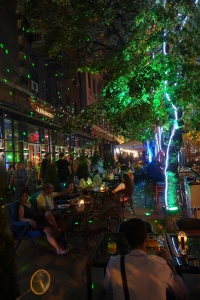 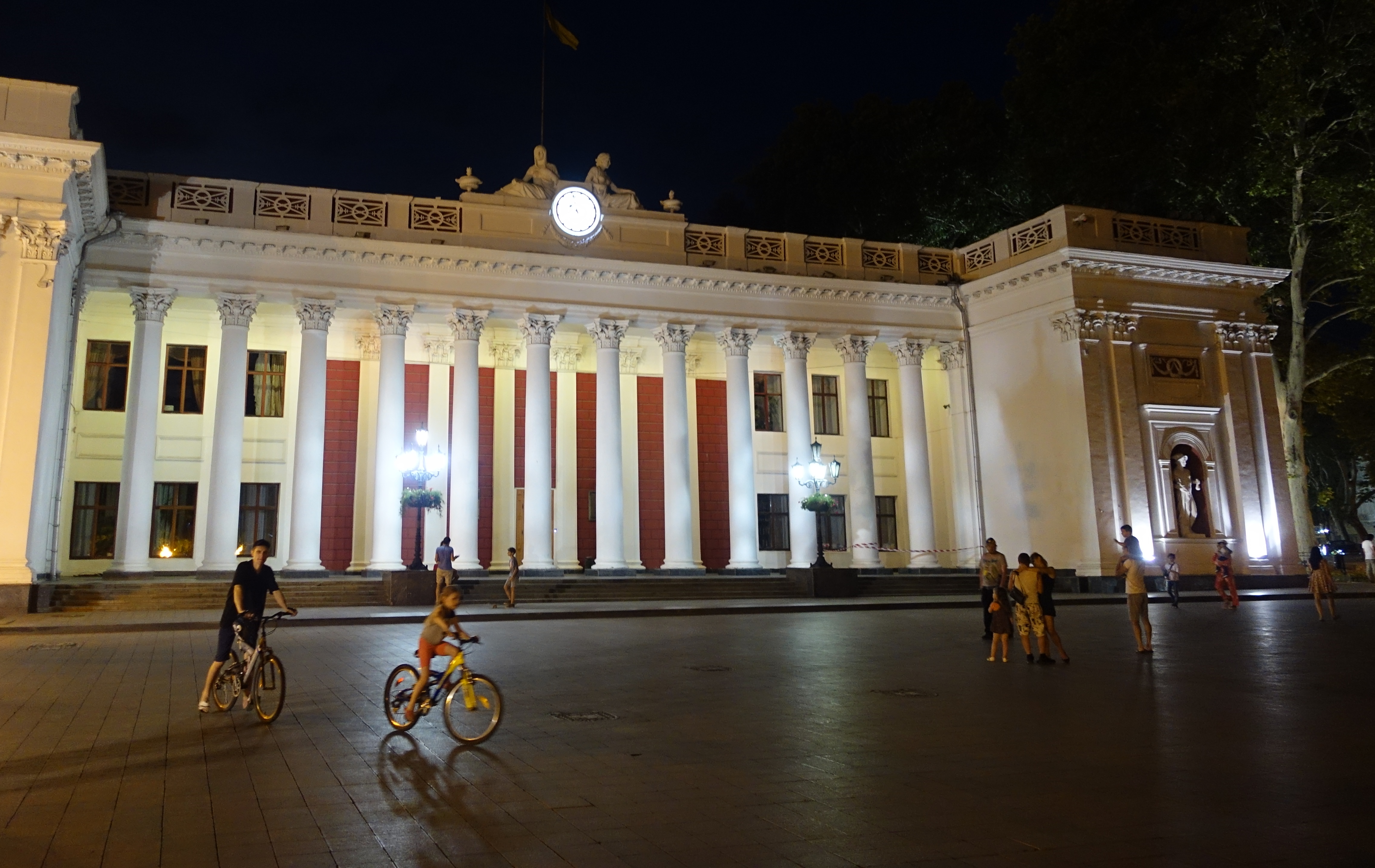 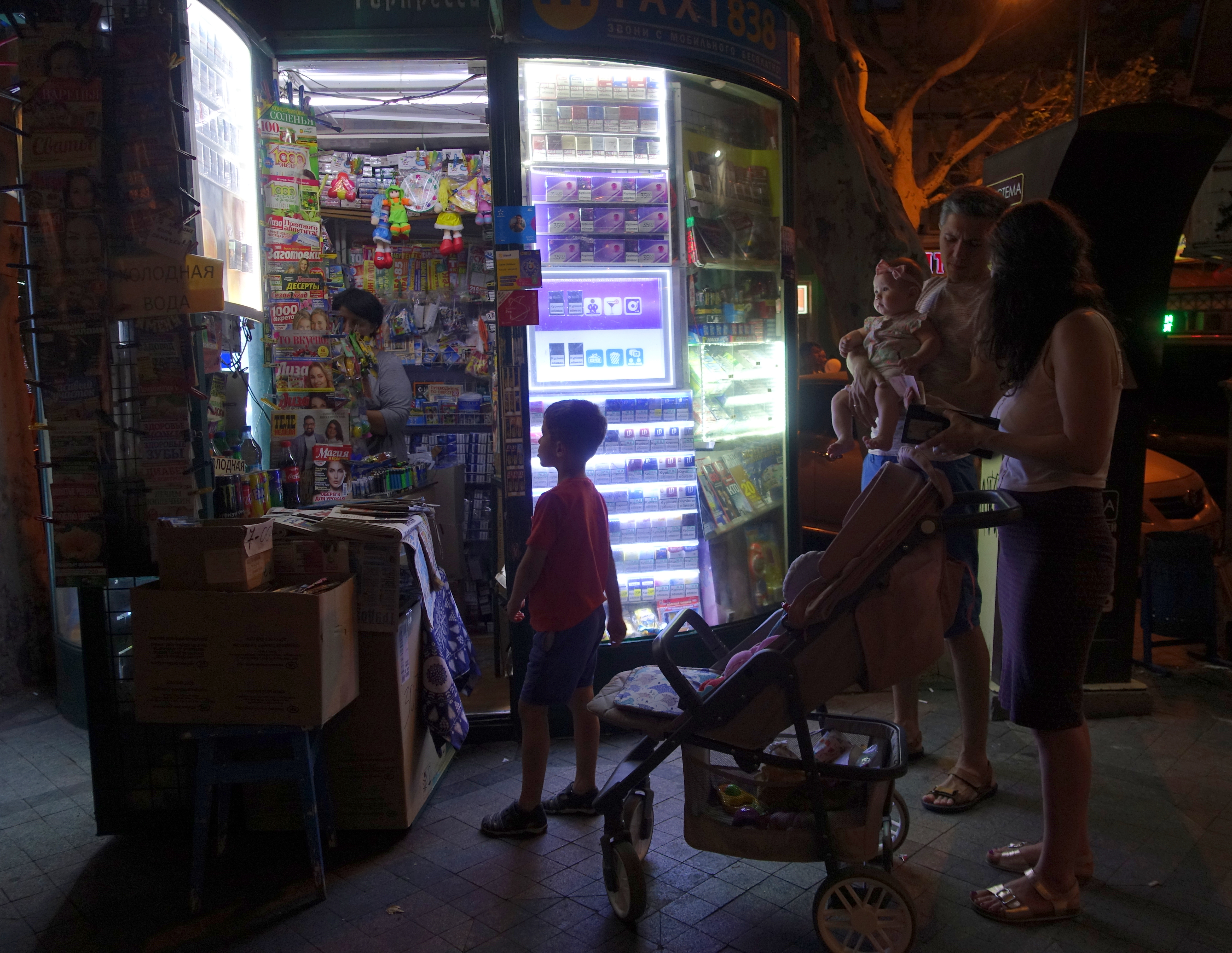 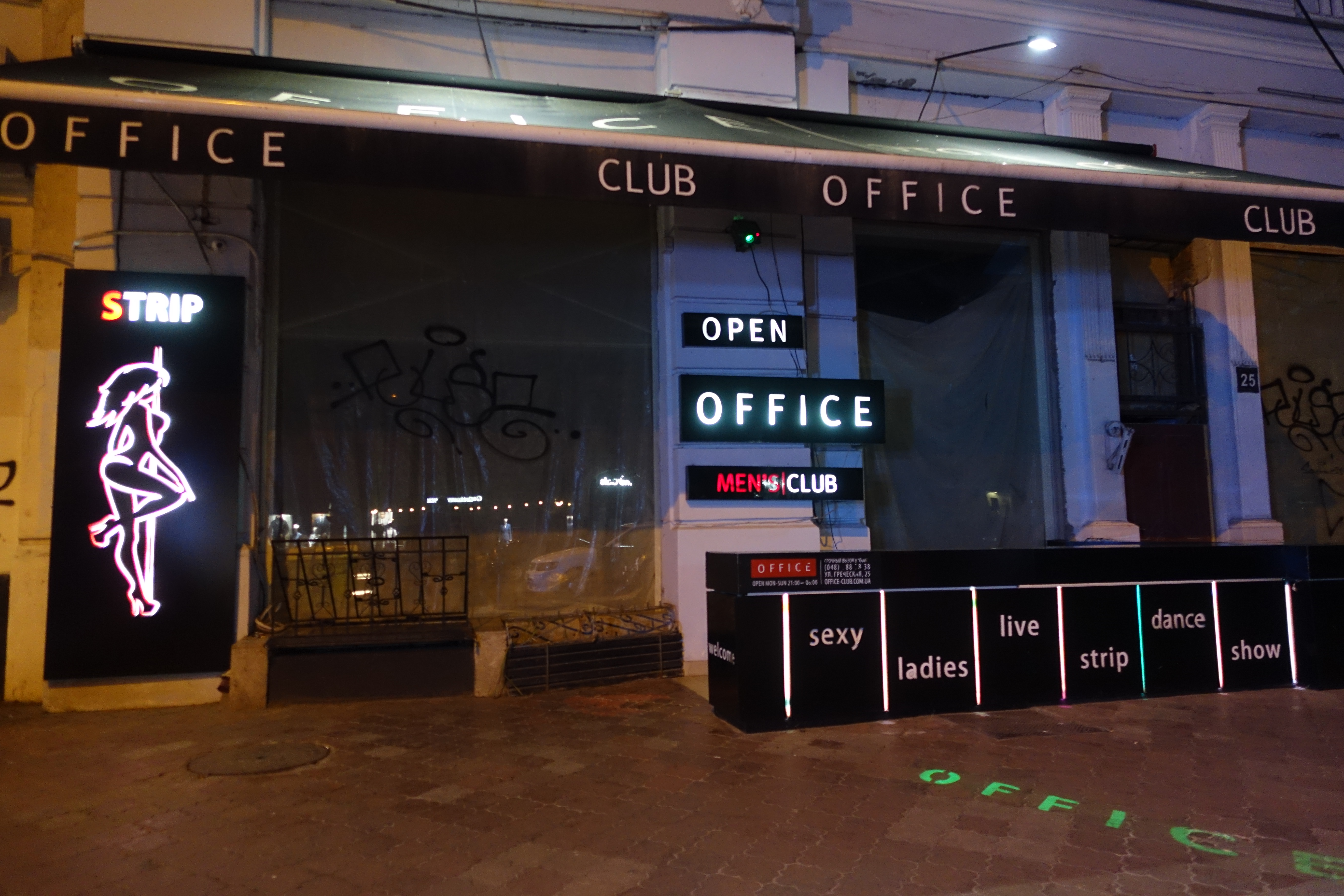 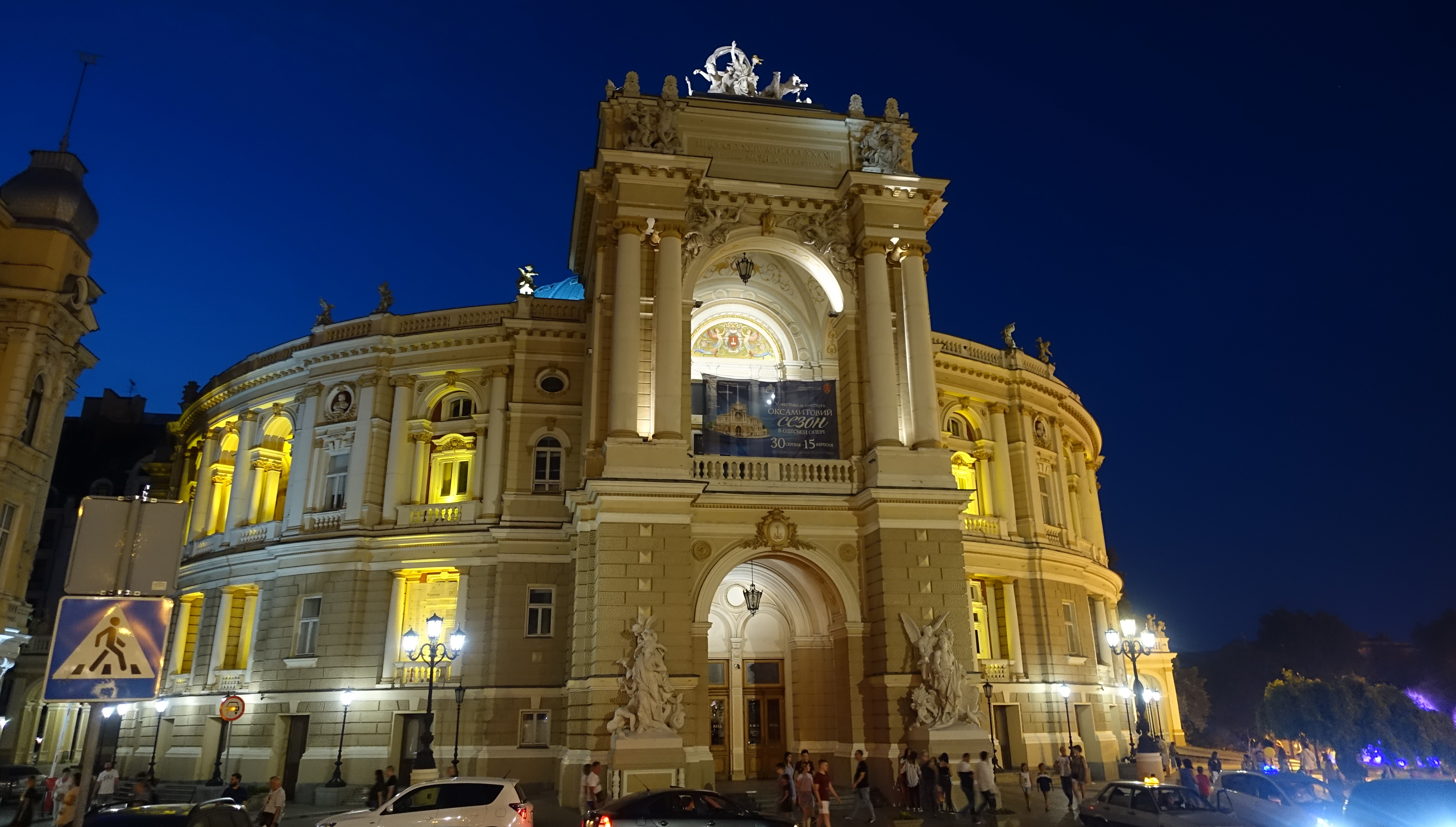 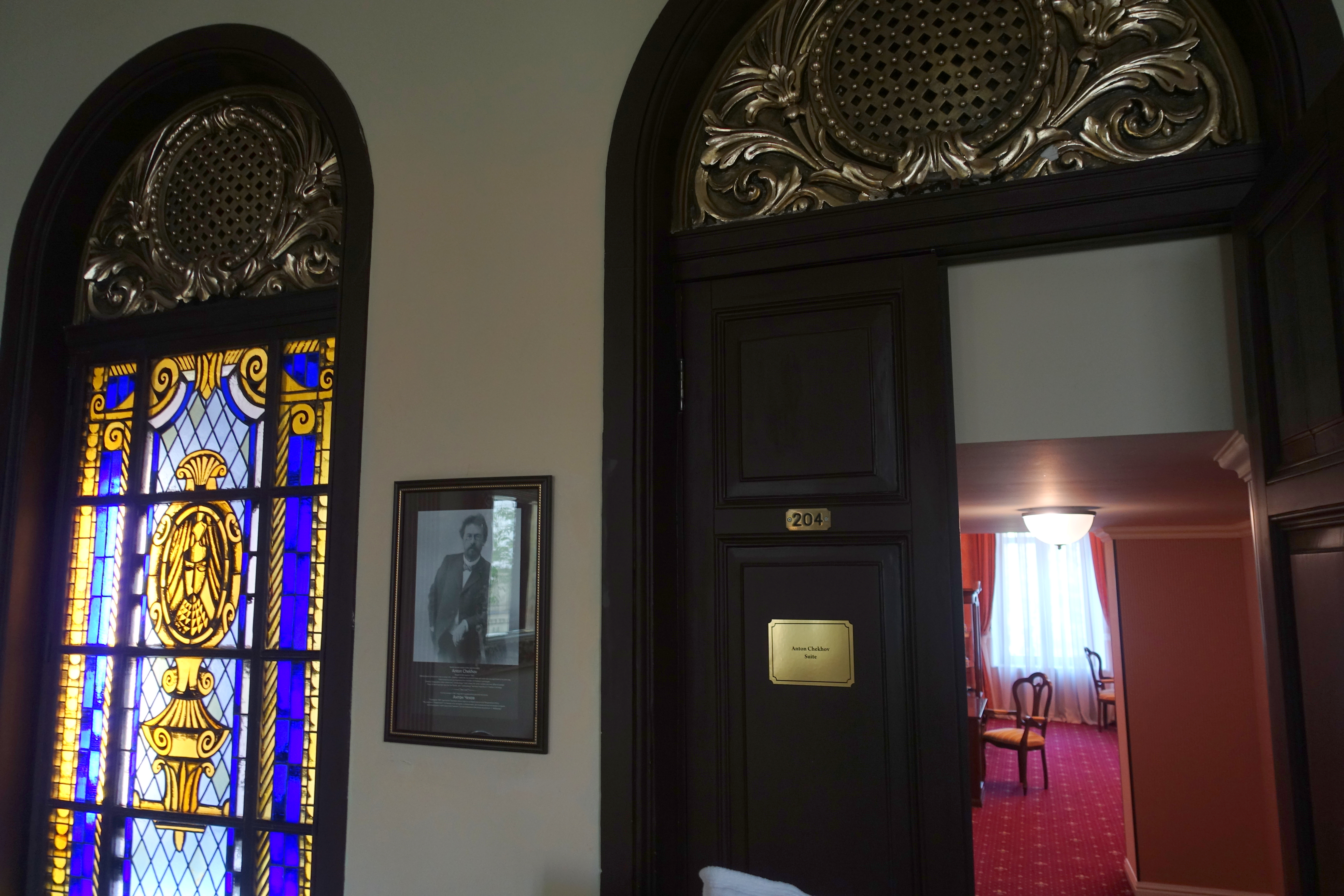 The Orthodox Church is very evident across Ukraine. We were there during the Pentecost celebration, also known as ‘Green Sunday’, because of the various herbs and branches used to decorate the churches

We arrived at Kiev’s magnificent railway station before trying to navigate the metro system. Whilst not rivalling Moscow for sumptious architecture, Kiev does boast the deepest metro station in the world (although this claim is disputed by North Korea). Despite being extremely efficient, with trains every 3-4 minutes, the metro is perpetually crowded, but thankfully (unlike London’s tube) refreshingly cool.

Despite its Communist past, Kiev has managed to retain and restore many impressive churches of very diverse styles.

The Podil district based around the old port on the River Dnipro, is an attractive laid back type area complete with its own hilly ‘Montmatre’ type artists quarter as well as pedestrianised streets. It is also home to a very lively night-time scene with the city’s youth socialising over a hookah-pipe, some drinks or engaging in some impropmptu Cuban dancing.

Being close to the border with Poland, and previously having been part of the Austro-Hungary empire, and then ruled by Poland, it is not surprising Lviv feels very different from other Ukranian cities. The Soviet influence appears outwardly relatively minimal. The city has retained many of its art nouveau buildings and cobbled streets as well as a thriving coffee culture. Unsurprisingly, it is rapidly becoming a tourist centre similar in many respects to neighbouring Krakow in Poland. Like Krakow, it is also shares a very dark and violent history, especially in relation to both Nazi and Russian occupations (see the history/politics section below).

One notable Lviv citizen was Leopold Von Sacher-Masoch, the original masochist who wrote Venus in Furs. There now stands a statue outside the Masoch Cafe wherein you can be whipped by obliging waitresses.

Lviv has a thriving book market situated under the statue of Ivan Fedorov, a pioneering 16th century Slavonic printer.

From Lviv’s rather rundown railway station, we boarded a train for Chernivitsi via Ivano-Frankivsk, a city that amazingly was closed to outside visitors during Soviet rule until 1991, because in the nearby Carpathian hills they had installed intercontinental ballistic missiles aimed at the west.

Chernivitsi is renowned for its UNESCO listed university completed in 1882. It also has a splendid opera house alongside some buildings dating from its days under Austro-Hungarian rule.

A few general observations about Ukraine:

Ukraine was part of the founding of the USSR in 1922 and after Russia, was the second most powerful republic. Any attempt to gain independence was ruthlessly suppressed by Stalin and during the period of agricultural collectivisation in the early 1930s, Ukraine experienced a terrible famine during which up to five million citizen died. Ukranian historians claim this ‘holdomor’ (Ukranian famine) was a form of genocide against the country.

During WW2, Ukraine was firstly occupied by Soviet Russia between 1939-41, then Nazi Germany and Romania between 1941-3 and finally by the Soviets again from 1943-4. Of the 7-8 million Ukranians who died during the war, over 1.5 million were Jews. Jewish cemeteries, and museums/memorials existed in all the cities we visited

The Lviv memorial Museum resides in the former prison used by both the Soviet NKVD and the Gestapo to imprison, torture and murder its (mostly political) inmates. In 1941, the NKVD shot over 1000 prisoners who were then buried in the prison grounds. It was still operating as a prison up to 1996, and has been kept in the same condition as when it was used to terrorise its inmates during previous decades. Visiting it was a grim but powerfully evocative experience.

The Great Patriotic War Museum was built to honour those who died and suffered during the defence of Kiev in WW2. It contains some moving exhibits not least personal photos and letters from Ukranian soldiers and their families as pictured above.

Towering above the museum, and built at the same time as the prison in 1981 under the aegis of President Breznev (himself a Ukranian), is Rodina Mat, a 91 metres statue of a female warrior. She is meant to represent the ‘Nations Mother’ (the USSR?). We were able to reach its lower platform at 36 metres to enjoy a superb view across the city.

In Kiev, a similar Soviet built monument is the Friendship Arch completed in 1982 to celebrate the 60th anniversary of the founding of the USSR. Plans to dismantle it were announced in 2016, but it is still standing.

Close to the Friendship Arch we came across Vitali Klischko, ex heavywight boxing champion of the world, and since 2014, Kiev’s mayor. He was out for a cycle ride (without bodyguard) and was inspecting the new bridge linking the arch to Volodymyrska Hill and named after the man himself. https://112.international/society/new-pedestrian-bicycle-bridge-opened-in-kyiv-40086.html

Since gaining independence, Kiev has been the site of two nationalist ‘revolutions’ sparked by protests at the continuing malign influence of Russia under President Putin. The ‘Orange Revolution‘ in 2004 was in response to the perceived rigging of the presidential elections in favour of the Russian backed candidate Viktor Yanukovych, as well as the poisoning of his main opponent, Viktor Yuschenko.

Yanukovych eventually triumphed in 2010, but his refusal to sign a trade agreement with the EU in 2013, led to the Maidan Revolution ( by supporters of the Euromaidan movement who favour Ukranian integration with Europe). The revolt culminated with Yanukovych fleeing to Russia the following year. Winter on Fire, a remarkable documentary about the events can be viewed on Netflix .http://euromaidanpress.com/2016/01/07/winter-on-fire-oscar-worthy-documentary-on-ukraines-euromaidan-revolution/

Kiev’s Independence Square – sometimes known as Maidan (Ukranian for square or open space) continues to honour those who resisted and sometimes died, fighting against President Yanukovych. The corruption of his regime was only too evident when he fled Ukraine. Mezhyhirya his Kiev estate, is full of extravagant wealth and indulgence, costing hundreds of millions of dollars (which now can be viewed on guided tours).

Shortly after Yanukovych arrived in Russia, Putin organised the invasion of Ukraine, starting with the annexation of Crimea, an area with a high percentage of Russian speaking residents. Following the occupation of Crimea, Russian forces entered the Donbass Region in Eastern Ukraine and so began a conflict which continues to this day. We encountered many memorials honouring those who have died fighting against Russian forces. So far, there have been over 4000 Ukranian casualties since the war began

The further west you travel in Ukraine, the stronger is the support for independence from Russia and alignment with the EU and NATO.

Meanwhile, back in Odessa there is clearly still a struggle between pro-Russian and pro nationalist/western supporters. Nearly a third of the city’s population are ethnic Russians, and Russian is the main spoken language. There has been a campaign to switch from Russian to Ukranian as the official language. We came across opposing political leaders whilst visiting the city.

Firstly, we encountered two of its leading politicians participating in a Pentecost parade. On the right in the photo below is Gennadiy Trukhanov who was elected mayor of Odessa in 2014. He has been called the ‘Don’ of Odessa. Since 2018, he has been under investigation for embezzlement following the release of the Panama Papers which exposed international money laundering. In addition, it was revealed that he is actually a Russian citizen. The BBC has reported on his membership of a Ukranian drugs gang, which has invested its profits in London property. https://www.bbc.co.uk/news/uk-43823962

In the centre of the picture is Serhiy Kivalov who shares a similar corrupt profile to Trukhanov, and it seems is also a close ally of the former disgraced President Yanukovich. https://www.occrp.org/en/paradisepapers/profiles/serhiy-kivalov

In another part of Odessa addressing a crowd by the Odessa steps, was Mikheil Saakashvili, former President of Georgia from 2004-12, and then Governor of Odessa from 2014-5 (after being granted Ukranian citizenship). He is widely perceived to be an opponent of Putin and supporter of the Euromaidan movement, and was only recently invited back to Ukraine by its newly elected President Volodymyr Zelensky

Let’s hope the city, and Ukraine, can emerge from this period of conflict with Russia in a stronger more democratic state.